IMDb: 7.9 2015 115 views
A thriller set two hundred years in the future following the case of a missing young woman who brings a hardened detective and a rogue ...
DramaMysterySci-Fi & Fantasy

Men on a Mission

Men on a Mission

IMDb: 8.3 2015 215 views
An emotional thrill ride through the day-to-day chaos of the city’s most explosive hospital and the courageous team of doctors who hold it ...
Drama

IMDb: 7.2 2015 149 views
Twenty-four-year-old Kara Zor-El, who was taken in by the Danvers family when she was 13 after being sent away from Krypton, must learn to ...
Action & AdventureDramaSci-Fi & Fantasy 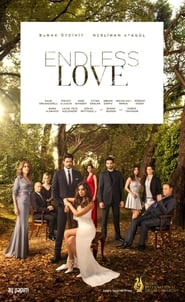 IMDb: 7.7 2015 131 views
Two separate worlds lie on two sides of the road in a seaside town. Both too close and way too far from each other. What happens when two young ...
Drama

IMDb: 8.4 2015 162 views
Saitama is a hero who only became a hero for fun. After three years of “special” training, though, he’s become so strong that he’s practically ...
Action & AdventureAnimationComedy

IMDb: 7.9 2015 146 views
The super-charged comedy-horror series is a modern take on the classic whodunit with a killer cast.
ComedyCrimeDramaMystery