Legends of the Fall

Legends of the Fall

1994133 min169 views
An epic tale of three brothers and their father living in the remote wilderness of 1900s USA and how their lives are affected by nature, history, ...
AdventureDramaRomanceWar

1994101 min161 views
A team of skydiving crooks led by DEA-agent-turned-bad Ty Moncrief (Busey) specialize in landing on police roofs and breaking in so their evil ...
ActionAdventureThriller

1994112 min131 views
In this meta horror film, a demonic entity uses the fictional character of Freddy Krueger to enter the real world and torment “Elm ...
FantasyHorrorMysteryThriller

IMDb: 7.81994199 views
The misadventures of a group of friends as they navigate the pitfalls of work, life and love in Manhattan.
Comedy

IMDb: 7.41994155 views
Due South is a Canadian crime drama series with elements of comedy. T Set in Chicago, the show follows the adventures of Constable Benton Fraser, ...
Action & Adventure

Touched by an Angel

Touched by an Angel

IMDb: 5.51994159 views
Touched by an Angel is an American drama series that premiered on CBS on September 21, 1994 and ran for 211 episodes and nine seasons until its ...
DramaFamilySci-Fi & Fantasy

IMDb: 7.21994184 views
Explores the inner workings of an urban teaching hospital and the critical issues faced by the dedicated physicians and staff of its overburdened ...
Drama

IMDb: 6.41994170 views
Five brothers and sisters are determined to stay together following the tragic loss of their parents.
Drama 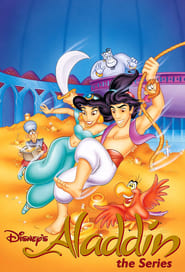 IMDb: 6.31994170 views
Aladdin is an animated television series made by Walt Disney Television which aired from 1994 to 1995, based on the original 1992 feature. It was ...
Action & AdventureAnimationComedySci-Fi & Fantasy

IMDb: 6.81994151 views
The Stand is a 1994 television miniseries based on the novel of the same name by Stephen King. King also wrote the teleplay, and has a cameo role ...
Sci-Fi & Fantasy 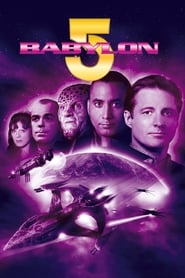