2019144 views
The Men in Black have always protected the Earth from the scum of the universe. In this new adventure, they tackle their biggest, most global ...
ActionAdventureComedyScience Fiction

The Kid Who Would Be King

The Kid Who Would Be King

2019120 min130 views
Old-school magic meets the modern world when young Alex stumbles upon the mythical sword Excalibur. He soon unites his friends and enemies, and ...
ActionAdventureFamilyFantasy 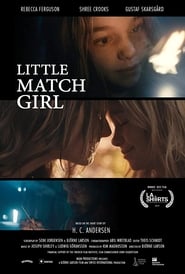 201855 views
Scandinavia, 1846. A poor young girl forced to sell matchsticks desperately lights one match to survive the winter night. She is drawn into a ...
Drama

2018148 min90 views
When an IMF mission ends badly, the world is faced with dire consequences. As Ethan Hunt takes it upon himself to fulfill his original briefing, ...
ActionAdventureThriller

2017103 min67 views
The six-member crew of the International Space Station is tasked with studying a sample from Mars that may be the first proof of ...
HorrorScience FictionThriller

2016110 min111 views
The story of Florence Foster Jenkins, a New York heiress, who dreamed of becoming an opera singer, despite having a terrible singing voice.
ComedyDrama

Despite the Falling Snow

Despite the Falling Snow

2015131 min108 views
Ethan and team take on their most impossible mission yet—eradicating ‘The Syndicate’, an International and highly-skilled rogue ...
ActionAdventureThriller