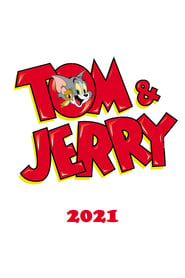 20206 views
CGI & live-action hybrid based on the cartoon.
AnimationComedyFamily

201984 min29 views
Phil’s new phone comes with an unexpected feature, Jexi…an A.I. determined to keep him all to herself in a comedy about what can ...
Comedy

2019105 min104 views
A friendship with a top-secret robot turns a lonely girl’s life into a thrilling adventure as they take on bullies, evil bots and a ...
ActionAdventureAnimationFamily

2018116 min202 views
Earl Stone, a man in his 80s who is broke, alone, and facing foreclosure of his business when he is offered a job that simply requires him to ...
CrimeDramaThriller

IMDb: 8.12018100 views
See the rise of the Guadalajara Cartel as an American DEA agent learns the danger of targeting narcos in 1980s Mexico.
CrimeDrama

201896 min95 views
A chief mechanic at a factory, haunted by apocalyptic nightmares, becomes a hero when Earth is invaded by a mysterious army bent on destruction.
ActionDramaScience FictionThriller

Ant-Man and the Wasp

Ant-Man and the Wasp

2018119 min109 views
Just when his time under house arrest is about to end, Scott Lang once again puts his freedom at risk to help Hope van Dyne and Dr. Hank Pym dive ...
ActionAdventureComedyFamilyScience Fiction

2017100 min108 views
The adventures of two California Highway Patrol motorcycle officers as they make their rounds on the freeways of Los Angeles.
ActionComedyCrime

201697 min53 views
Retreating from life after a tragedy, a man questions the universe by writing to Love, Time and Death. Receiving unexpected answers, he begins to ...
DramaRomance

2015141 min135 views
During a manned mission to Mars, Astronaut Mark Watney is presumed dead after a fierce storm and left behind by his crew. But Watney has survived ...
AdventureDramaScience Fiction

2015117 min128 views
Armed with the astonishing ability to shrink in scale but increase in strength, master thief Scott Lang must embrace his inner-hero and help his ...
ActionAdventureScience Fiction

2014135 min75 views
Last months of World War II in April 1945. As the Allies make their final push in the European Theater, a battle-hardened U.S. Army sergeant in ...
ActionDramaWar

2014103 min60 views
After crossing the border illegally for work, Miguel, a hard-working father and devoted husband, finds himself wrongfully accused of murdering a ...
DramaWestern

2013138 min77 views
A conman and his seductive partner are forced to work for a wild FBI agent, who pushes them into a world of Jersey power-brokers and the Mafia.
CrimeDrama

2011104 min56 views
A luxury condo manager leads a staff of workers to seek payback on the Wall Street swindler who defrauded them. With only days until the ...
ActionComedy

2011119 min61 views
A lawyer conducts business from the back of his Lincoln town car while representing a high-profile client in Beverly Hills.
CrimeDramaThriller