2018131 min102 views
In Depression-era London, a now-grown Jane and Michael Banks, along with Michael’s three children, are visited by the enigmatic Mary ...
ComedyFamilyFantasy 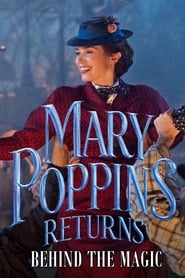 Mary Poppins Returns: Behind the Magic

Mary Poppins Returns: Behind the Magic

201843 min64 views
Viewers are given an inside look at the making of “Mary Poppins Returns,” with interviews with stars Emily Blunt and Lin-Manuel Miranda.
Documentary

201891 min112 views
A family is forced to live in silence while hiding from creatures that hunt by sound.
DramaHorrorScience FictionThriller

201794 min82 views
A family must use a magical box of Animal Crackers to save a rundown circus from being taken over by their evil uncle Horatio P. Huntington.
AdventureAnimationComedy

2016114 min86 views
As two evil sisters prepare to conquer the land, two renegades—Eric the Huntsman, who aided Snow White in defeating Ravenna in Snowwhite and the ...
ActionAdventureDrama

2015122 min112 views
An idealistic FBI agent is enlisted by a government task force to aid in the escalating war against drugs at the border area between the U.S. and ...
ActionCrimeThriller

2014125 min55 views
In a woods filled with magic and fairy tale characters, a baker and his wife set out to end the curse put on them by their neighbor, a spiteful witch.
ComedyFantasy

2014113 min87 views
Major Bill Cage is an officer who has never seen a day of combat when he is unceremoniously demoted and dropped into combat. Cage is killed ...
ActionScience Fiction

Salmon Fishing in the Yemen

Salmon Fishing in the Yemen

2011107 min70 views
A fisheries expert is approached by a consultant to help realize a sheik’s vision of bringing the sport of fly-fishing to the desert and ...
ComedyDramaRomance

2011106 min47 views
A man glimpses the future Fate has planned for him – and chooses to fight for his own destiny. Battling the powerful Adjustment Bureau across, ...
RomanceScience FictionThriller

201184 min107 views
A version of Shakespeare’s play, set in the world of warring indoor and outdoor gnomes. Garden gnomes Gnomeo and Juliet have as many ...
AnimationFamily

2010102 min164 views
Lawrence Talbot, an American man on a visit to Victorian London to make amends with his estranged father, gets bitten by a werewolf and, after a ...
DramaFantasyHorrorThriller

2006109 min167 views
Andy moves to New York to work in the fashion industry. Her boss is extremely demanding, cruel and won’t let her succeed if she ...
ComedyDramaRomance